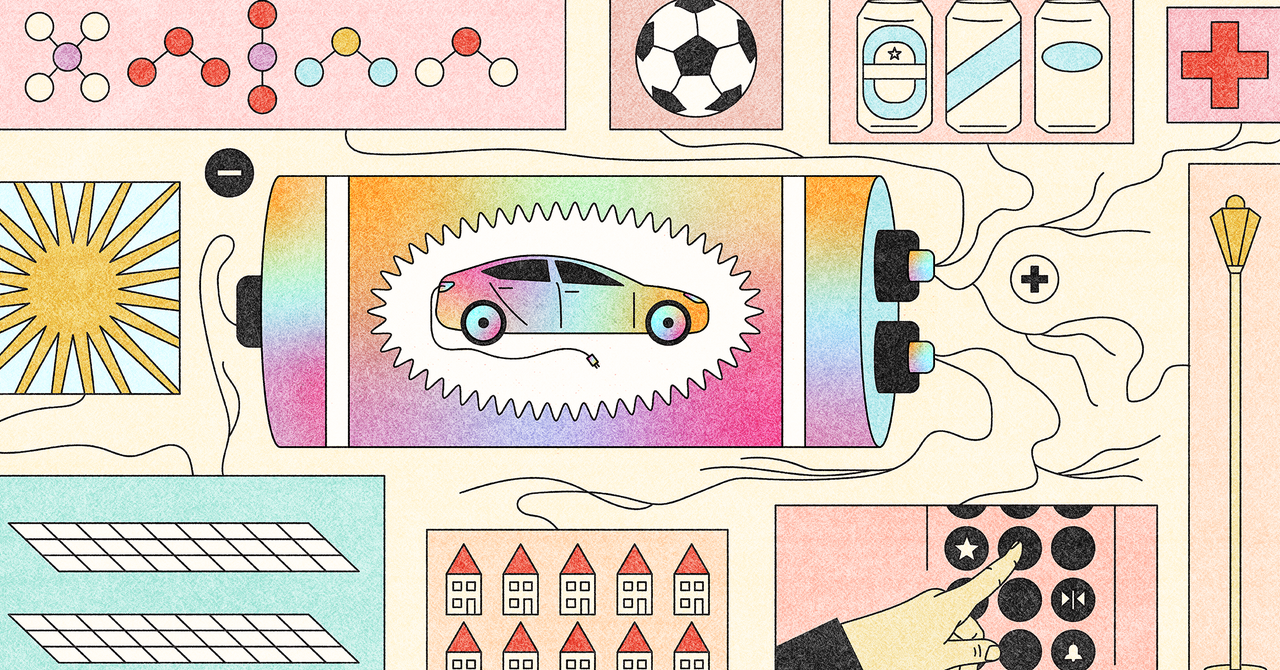 One question: Who owns the reused batteries, and who’s responsible if something goes wrong? Automakers know they may be blamed if one of their old batteries is involved in a fire. GM recently recalled every Chevrolet Bolt because flawed batteries made by the Korean company LG Chem led to fires. “It’s legally a bit of a gray area,” says Pesaran, the NREL engineer. “And with lawyers—they can argue anything.”

There are technical issues, too. Before you can reuse an EV battery, you have to know how much juice it retains and whether it’s worthy of a second life. “Evaluating the health of batteries is pretty essential to understanding whether it has value,” says Andy Latham, an electric vehicle salvage consultant at Salvage Wire.

That’s not as simple as it sounds. Battery makers and automakers regularly change the cell chemistry and architecture of their batteries, making it hard to develop a standard process. Moreover, batteries coming out of service today are likely damaged from crashes, or have some manufacturing defect. Even finding old batteries to test can be a challenge. Chris Mi, an engineering professor who studies lithium-ion batteries at San Diego State University, talks to salvage yard operators and automakers. Other teams start on Google.

ReJoule, a startup based in southern Los Angeles County amid strip malls and rocking oil derricks, wants to streamline that process. Its prototype is a lightweight, desktop computer-sized device that can diagnose in less than five minutes, and as little as 30 seconds, whether a battery is suitable for a second life. Today, the process can take hours and requires machines that can be heavier than the battery packs they’re diagnosing. ReJoule plans a second machine, the size of a dorm room fridge, to diagnose a battery pack before it’s even taken out of a car. Its tech relies on electrochemical impedance spectroscopy, which uses an alternating current scanned over many frequencies to measure the health of the materials inside a battery cell. Eventually, the company would like to see its software embedded in new batteries so they can be monitored through their stressful lives on the road. It would also like help from regulations, or at least industry standards to make the job easier.

For now, though, ReJoule’s engineers have to get inside the batteries. Battery packs are sealed with industrial glues and aren’t built to be disassembled. Years of hard service on bumpy roads can warp their screws and bolts. So it can take ReJoule’s engineers hours just to pry one open. Once inside, lots can go wrong. One graphic reminder: a switch called a contactor that is firmly welded to a metal tool. It’s not supposed to be. The contactor fell across the tool while an engineer was setting up a test, and “there were, you know, some fireworks,” says Steven Chung, ReJoule’s CEO, who founded the company with his sister Zora. ReJoule keeps the thing around to remind everyone to stick to the safety rules.

Another looming question is whether old EV batteries are a reliable way to store energy for the grid. That’s why the old Nissan Leaf batteries are out in that field in Lancaster. One fear is that those batteries—or certain kinds of batteries—will work for just a few years before degrading rapidly. Utilities won’t want batteries they have to swap out often. B2U president and cofounder Freeman Hall says his company wants to prove the long-term value to energy experts and investors. If B2U can show that old lithium-ion batteries can charge and discharge many times while sitting out in the hot sun and the strong wind for years and still do good work, “it changes everything” in terms of the company’s ability to raise money, Hall says.

Boeing’s 747 Should Have Been Retired Years Ago