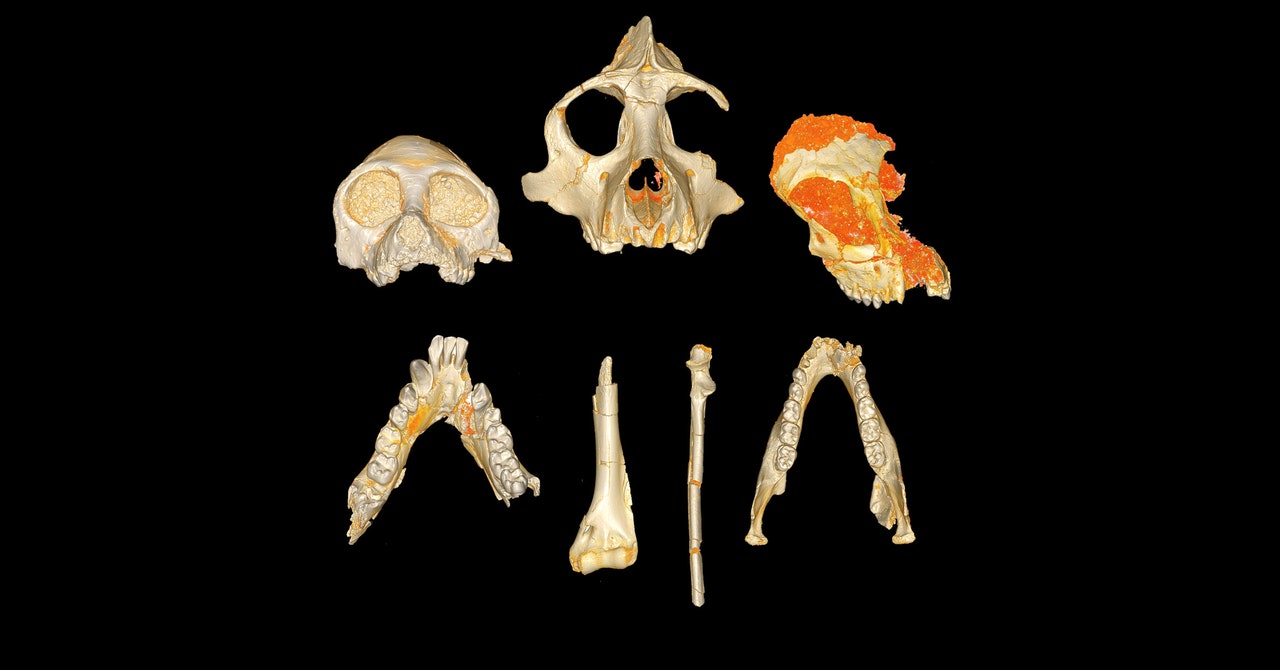 Earth was warmer 34 million years ago—and wonkier. The Pangea supercontinent had split up. The dinosaurs were long gone. But Antarctica contained glacier-free forests. The other continents looked like squished and smeared versions of their present selves. Mammals were everywhere—especially primates and rodents. “From New York to Los Angeles, up into Canada, bopping around in the trees all over the place,” says Seiffert of North America’s primates. “But when this climatic event happened 34 million years ago, they all disappeared.”

Some scientists believe that atmospheric carbon dioxide levels dropped past a critical threshold, causing average air temperatures to drop and Antarctica to freeze. More sunlight reflecting off of more ice made temperatures plummet further. The transition from the Eocene to Oligocene has been described as a transition from “greenhouse” to “ice house.”

Then, in Africa, things got even worse. Around 31 million years ago, volcanoes near the equator, in present-day Ethiopia, exploded with devastating toxic fumes and unrelenting floods of molten basalt.

North American, European, and Asian fossil records are pretty well-established during the 11 million-year stretch before and after these events. Scientists could count up the fossils showing which animals existed before the climate cooled, and which after, and figure out what went missing. But, Seiffert says, “during this time period, the fossil record in Africa is actually really patchy.” That discrepancy bugged him, so his team has tried to parse the relationships between whatever fossil records they do have.

For their study, Seiffert and de Vries focused on a family tree that goes back 76 million years, when primates and rodents diverged. Specifically, they studied the teeth of two suborders of rodents (hystricognath and anomaluroid) and two suborders of primates (strepsirrhine and anthropoid). These clades gave rise to existing species like capybara, scaly-tailed flying squirrels, lemurs—and us.

The researchers resolved to reconstruct the phylogeny—or family tree of evolutionary relationships—of these groups from 56 million to 15 million years ago. Using teeth as a guide for “who is who,” they drew branches between lineages extending from fossils found in the late Eocene to their progeny that survived into the Miocene, around 20 million years ago. When they finished, a stark gap emerged: The lineages from the Miocene descended from an oddly small fraction of earlier mammals. The researchers found that 63 percent of lineages that existed in the late Eocene never made it past the next epoch. About 30 million years ago, they concluded, these species must have vanished, thanks to their changing environment. “There’s really no other explanation,” Seiffert says. “They must have gone extinct.”

Lineage diversity gave the team a big picture view of how many species were lost to a changing climate, but not of how different those species might have been from one another—in other words, how much anatomic diversity went extinct, too. For example, says de Vries, imagine a scenario in which two kinds of bird go extinct. Those two species could be very similar, or they could be wildly different in terms of body types, genetics, or ecological niches. “If you have a hummingbird and a flamingo, that is very different than if you had a pigeon and a dove,” she says.

What Would Earth’s Temperature Be Like Without an Atmosphere?