How to ‘No-Clip’ Reality and Arrive in the Backrooms 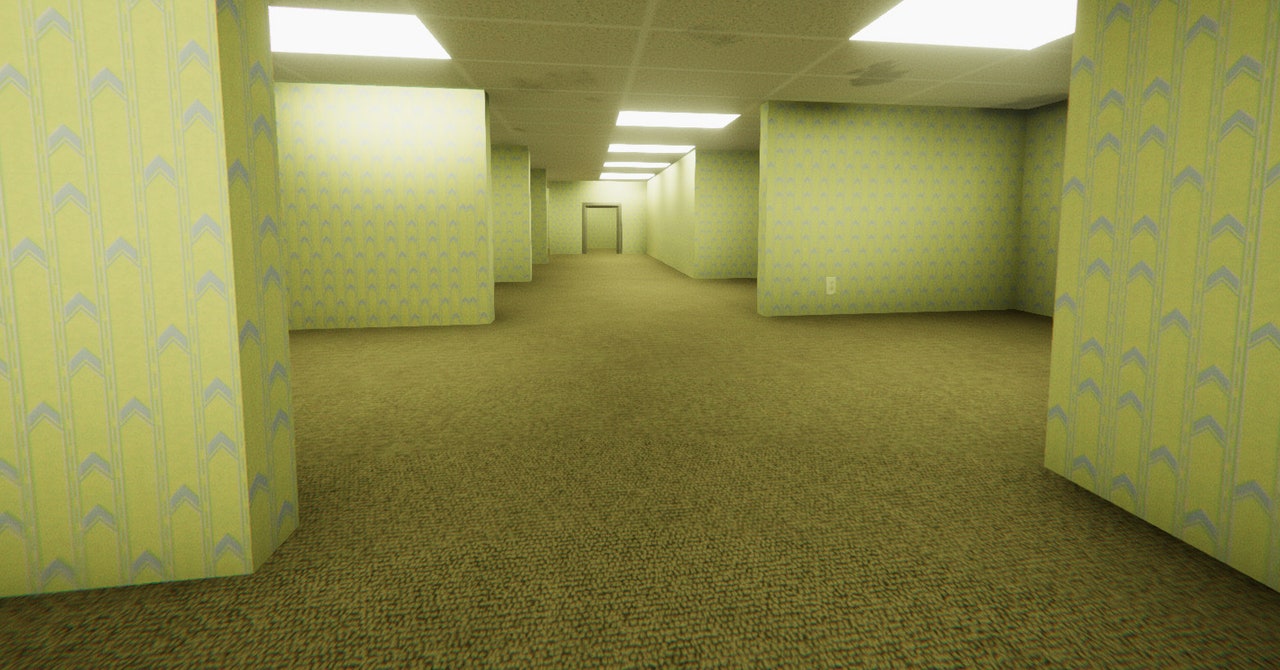 You are alone and disoriented, waist-deep in pool water. Wading aimlessly around the interior room with wall-to-wall tile, your memory evades you. After making your way through a doorway bathed in light, the next room is a pool and the following room. Shit. Your anxiety is swelling, but you soon find a small ledge to get out of the water.

There’s no time to relax. A shiver goes down your spine as you hear a mysterious splash off in the distance. While trying to get a clear look, something disappears behind the corner. You continue walking along the ledge. The splashing sounds closer. A walk turns into a jog which turns into a sprint. You slip, fall, and hit your head against the wet tile as everything goes black. When you awake to the chlorine stench, it all starts to rush back. You are trying to escape the Backrooms.

What Are the Backrooms?

The Backrooms are not a real place. According to Vice, the concept originated on 4chan in 2019 with a single eerie image of a fluorescent-lit interior. The original photo elicited a strong reaction from the internet, and capturing its essence is difficult. Often described as an office space, the image shows no furniture or people. The viewer looks through an entryway covered with mismatched, yellow wallpaper and at an empty room coated in cheap, brown carpet. You can partially see another open passage, but the view is obstructed.

In response to the photo, online posters envisioned a place beyond our world, an abandoned maze filled with moist carpet only reached by slipping through the cracks of reality. In video game culture, this reality breaking is often referred to as no-clipping. The unreal place is divided into levels with different environments, potential monsters, and survival ratings.

The Backrooms are considered to be a creepypasta and follow in the long, long footsteps of Slender Man circa 2010, but the concept predates that. Throngs of people on the internet become obsessed with a scary core idea. They write reams of fan fiction expanding the horror story, stretching it to their own vision and venturing far from any original intent. Viral videos from amateur filmmakers ignite further public interest.

I first encountered the Backrooms creepypasta during a bout of insomnia last month. A YouTube video titled “The Pool Rooms (Found Footage),” from Jared Pike’s channel,  was recommended to me. In the video, a camera operator wades through shallow water. My first two paragraphs above are an imagined encounter set inside his creation. The New York City–based artist’s Instagram page is a bastion of partially submerged interiors.

In the video description, Pike gives credit to Kane Pixels as an influence. Pixels is the online pseudonym for a 16-year-old visual effects artist from California. His most popular video, from earlier in 2022, “The Backrooms (Found Footage),” has over 26 million views on YouTube. A celebrated figure on the active r/backrooms subreddit, the praise Pixels receives is well deserved. His recent “Backrooms – Pitfalls” video is genuinely terrifying with a slick, high-value production that includes use of motion capture from the Rokoko Smartsuit Pro II.