An Amazon Union Election Stalls As Ballots Are Challenged 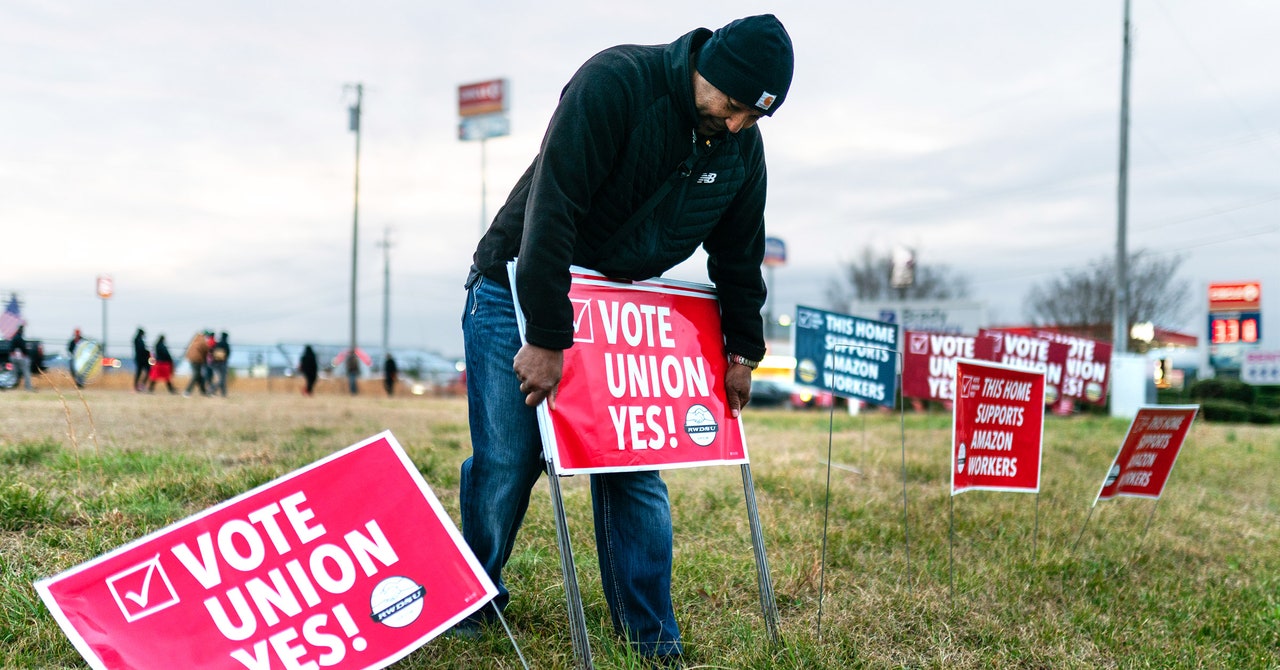 After the vote count was announced Thursday, the outcome of the election to unionize Amazon’s Bessemer, Alabama warehouse still hung in the balance. The tally stands at 993 votes against unionizing and 875 in favor; however 416 ballots remain challenged, mostly on the grounds of voter eligibility.

The National Labor Relations Board will hold a hearing in the next few weeks to determine if any of the challenged ballots should be counted. Afterwards, it will release a final count that will determine which party wins the election.

Meanwhile, the Amazon Labor Union leads in an election to unionize a Staten Island warehouse, which is expected to conclude tomorrow.

The election was held again in March after the union lost the original vote 1,798 to 738 last year, and Amazon was later found to have violated labor law by installing a mailbox on its premises and using “vote no” paraphernalia to poll workers.

The gap between yes and no votes narrowed considerably this year, but not enough so far to alter the outcome. Roughly 2,300 out of 6,100 eligible voters cast ballots this year, a turnout rate of 38 percent. This was down from last year’s turnout rate of 52 percent.

The union has filed unfair labor practice charges with the National Labor Relations Board and has until April 7 to file objections to the conduct of the election. If the board determines that Amazon’s behavior interfered with a free and fair election, it could overturn the results once again, leading to a third election round. The charges include allegations that Amazon instituted a rule change limiting workers’ access to the facility during non-work hours, and that it removed pro-union fliers from breakrooms. The company denies these claims.

The vote count caps off a two year-long effort that drew Congressional attention, celebrity endorsements, a presidential pronouncement, and renewed focus on US labor law, which favors employers in union elections.It echoed far beyond a single warehouse. As one of the world’s largest employers and the second largest in the US, Amazon is seen as a standard setter for working conditions across industries. Many in the labor movement see unionization as vital to curb what they describe as a harsh work environment. Amazon, for its part, urged its employees to vote against the union, saying that it already offers everything workers are demanding.

In a statement, Amazon spokesperson Kelly Nantel wrote, “We invest in both pay and benefits for our team—regular full-time BHM1 employees earn at least $15.80 an hour and have access to health care on day one, a 401k with company match, and more.”

The effort began humbly enough. In 2020, a warehouse worker named Darryl Richardson, who had previously been a union member at an automobile factory, performed a Google search for a union who could represent Amazon workers. RWDSU surfaced in the results, so he filled out a form on its website.

BHM1’s opening in 2020 coincided with the start of pandemic-driven lockdowns in the US. As Amazon’s essential employees continued reporting to work and the company’s executives became richer, some said that the company failed to notify them about Covid-19 infections inside the facilities. Workers of color, disproportionately represented amongst the essential workforce, bore the brunt of the risk. This was in evidence at the Bessemer warehouse, where more than 80 percent of workers are Black.