A Beginner’s Guide to Destiny 2 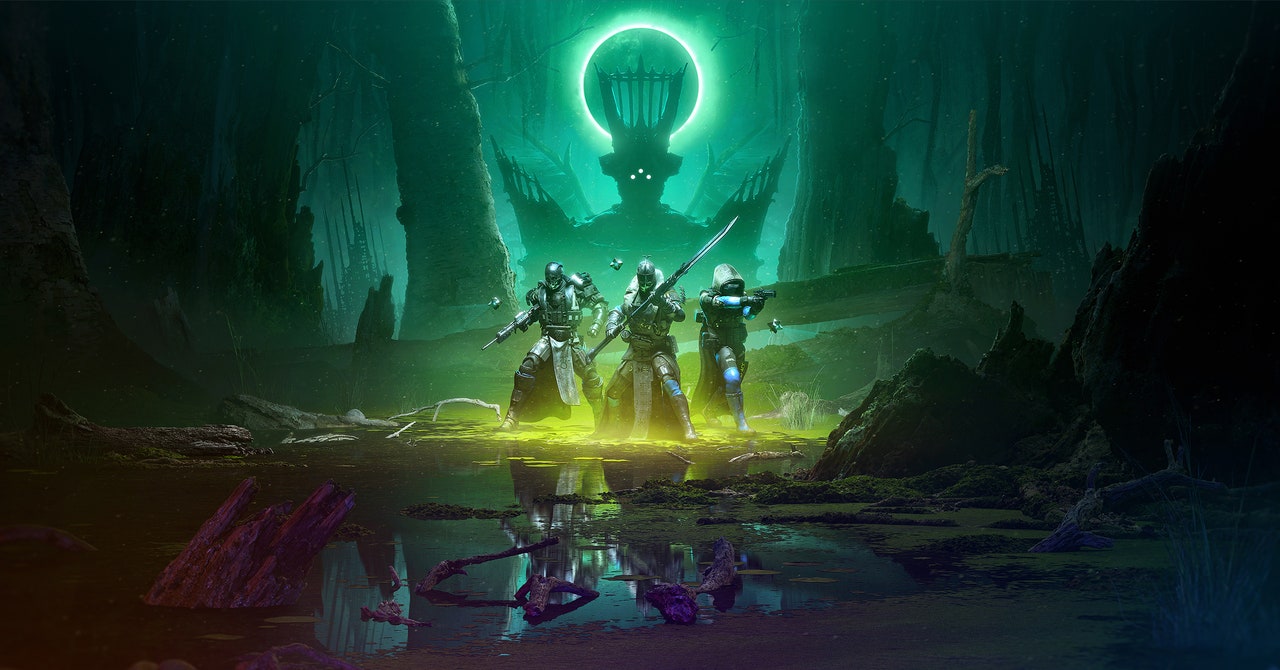 To travel between locations, go into the Director menu and toggle over to the Destinations tab. There, you’ll see a map with a bunch of different planets and locations on it. Your primary hub is a noncombat zone called The Tower. It’s a place to buy stuff from vendors and pick up quests.

The core gameplay of Destiny 2 varies depending on what you’re into. There are player vs. player battles, and co-op player vs. everything else missions where you and your allies battle NPCs.

Crucible: This PVP mode is about as straightforward as Destiny gets. It’s team deathmatch, where the goal is to eliminate other players and capture territory. If you’re here to shoot other players in the face, this is where you’ll go.

In regular Crucible modes, guardians’ power levels are balanced so that everyone has a mostly even playing field. Iron Banner, a variation of Crucible that becomes available once a month, does away with that power balancing, so only the strongest survive. If you’re brand new to the game, you’ll probably feel very underpowered.

Gambit: A mix of PVE and PVP modes. You’ll battle alien NPCs with your squad while a competing fireteam does the same. At certain points, guardians from rival teams can invade the other side’s game and wreak havoc on the competition.

Vanguard Strikes: These are repeatable, one-off missions you undertake with a fireteam of three guardians. The missions are cribbed from story campaigns, so the storyline and dialog may feel a little disjointed if you aren’t already in the know. Nightfall strikes offer better rewards upon completion, but they’re more difficult and may require specific weapon types to defeat enemies.

Story Missions: If you want to play through the main storylines, you’ll need to pay for expansions. The campaign expansions available ahead of Witch Queen are Forsaken, Shadowkeep, and Beyond Light. If you care about the story, you’ll want to play them in that order. Just know that while Forsaken is widely considered to be one of the best expansions, it will be vaulted on February 22 when Witch Queen launches. You can likely finish the campaign in under 10 hours, but if you won’t be able to get through that before the 22nd, don’t bother.

A new feature that’s coming with Witch Queen is a mission selector that lets you replay your favorite campaign missions. You can even ramp them up to a legendary difficulty level.

Even if you don’t care about story, you might still want to play through the Beyond Light campaign at some point. It sets up a lot of what’s to come in Witch Queen, and completing the campaign is the only way to unlock the Stasis subclass.

Season Pass: This is a limited-time battle pass that lets you unlock reward tiers as you level up. These can earn you anything from crafting resources to premium weapons and armor. It usually lasts a few weeks. Access to the season pass requires Silver, Destiny’s premium currency, which will cost real-world dollars to acquire. (There are certain items you’ll unlock in the season pass for free, but they’re table scraps.)

Bounties: These are daily or weekly challenges that reward you with some combination of experience, currency, and resources. Pick them up from vendors in the Tower, or in free roam areas for tasks specific to that zone. A bounty that gives you experience will have an “XP+” in the rewards section. The more plus signs, the more experience you’ll get. Some bounties also give you Bright Dust, a currency type that lets you buy weekly cosmetic items you’d otherwise have to fork over real money for. (More on that in the Currency section below.)

Finally, we get to that sweet, sweet loot.

Any gear that you find will fall into a quality class: rare (blue), legendary (purple), or exotic (yellow). Exotics are usually the best, weapons and armor that boost your abilities in interesting and varied ways. The downside is that you can only equip one piece of exotic armor and one exotic weapon at a time, forcing you to choose which powerups work best with your character and play style.

The main course of Destiny gear is legendary class items (indicated by their purple background). These spawn with random attributes that you can peruse by hovering over the item and tapping the Details button. If you don’t like the attributes on a particular roll, you can safely discard the weapon. Chances are you’ll find it again with different attributes.