The James Webb Space Telescope Is in Position. Now It’s Booting Up 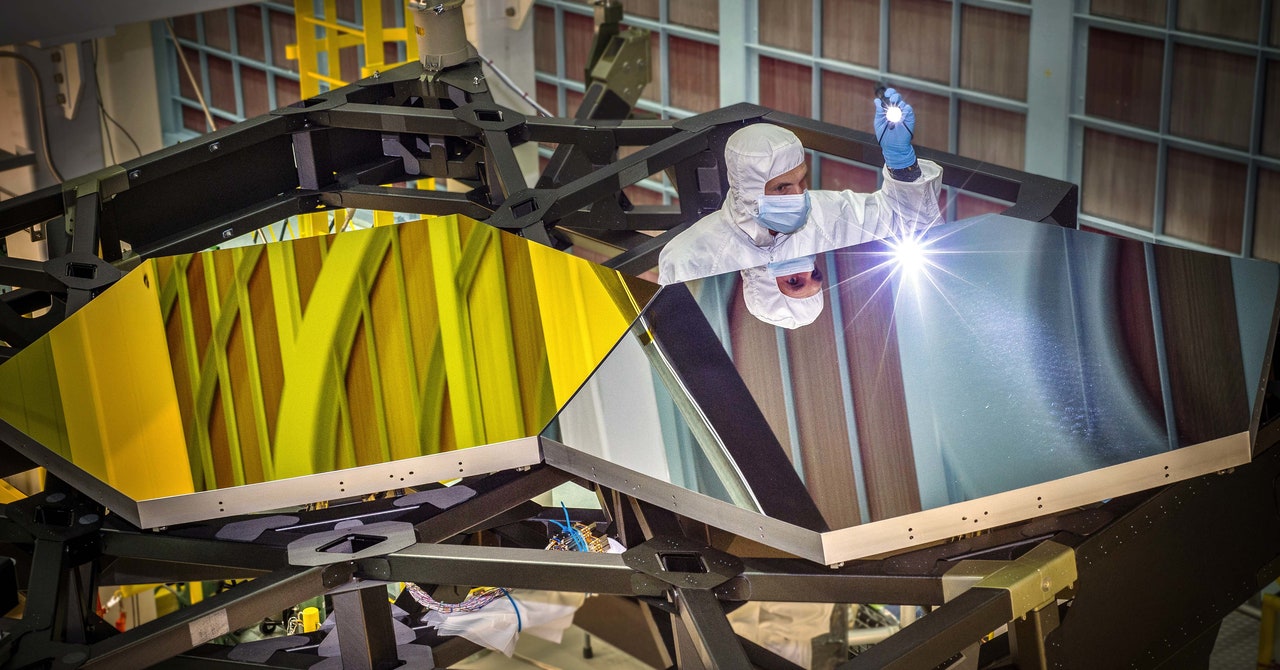 On Christmas, scientists launched the James Webb Space Telescope and sent it about a million miles from Earth. This summer, the technological marvel will begin collecting never-before-seen images of the cosmos. But between now and then, NASA researchers and their European and Canadian colleagues have their work cut out for them.

They have a many-step process to ensure that the powerful, expensive telescope’s instruments are ready to successfully collect data about everything from faint planets to the distant universe. “Everything’s just about on schedule, but we’re busy people for the next six months. There’s an awful lot to do,” says John Mather, JWST senior project scientist at NASA’s Goddard Space Flight Center in Greenbelt, Maryland.

The hardest part might already be done: The spacecraft launched without a hitch, and over the next couple of weeks it delicately unfurled its huge, kite-shaped sun shield, designed to block heat and light from the sun, moon, and Earth, and moved its 18 hexagonal mirror segments into place. “We’re incredibly excited. It was a nail-biter for the first month, and thankfully the deployments went really smoothly,” says Analyn Schneider, the project manager of JWST’s Mid-Infrared Instrument (MIRI) at NASA’s Jet Propulsion Laboratory in Pasadena, California.

All the while, the telescope was traveling to its special parking spot at the L2 Lagrange point, where it balances the gravitational pull of the sun and Earth. (Other spacecraft, including the European Space Agency’s Planck Telescope, have been deployed to the same area.) Keeping a spacecraft in that position is gravitationally unstable, sort of like balancing a ball on an upturned bowl. Webb will regularly drift away from L2, requiring little bursts of fuel every few weeks to nudge it back. But it should have plenty left, because scientists maneuvered the telescope to conserve fuel on its outbound trip. Now, the JWST team expects it to run much longer than its planned 5- to 10-year mission, perhaps lasting as long as its predecessors, the Hubble and Spitzer space telescopes. “The ballpark is probably 20 years of life. It depends on how good we are at steering our unstable car,” Mather says.

Since the spacecraft’s now so far away, Mather, Schneider, and their team have to send and receive radio signals through NASA’s Deep Space Network, an international array of giant antennas managed by JPL. When a programmer inputs a command and waits for an acknowledgment from the spacecraft, that signal could be relayed through an antenna in California’s Mojave Desert or one in Eastern Australia, for example. But there’s a slight delay, because of the distance. “If something bad happens, we won’t know for five seconds,” Mather says. (That’s still pretty quick for space transmissions. For example, messages to our Martian ambassadors like the Perseverance rover involve a delay of five to 20 minutes.)

Now that everything’s in place, the JWST team has begun the “commissioning” process for the instruments, setting up the complex cameras and detectors and making sure they work as they’re supposed to, Schneider says. Last week, they conducted their first tests with the Near-Infrared Camera (NIRCam), allowing the first photons to hit the camera. It’s not actually capturing images yet, but this is a step toward doing so. Eventually, scientists will use NIRCam to discover new planets and glimpse some of the first galaxies.