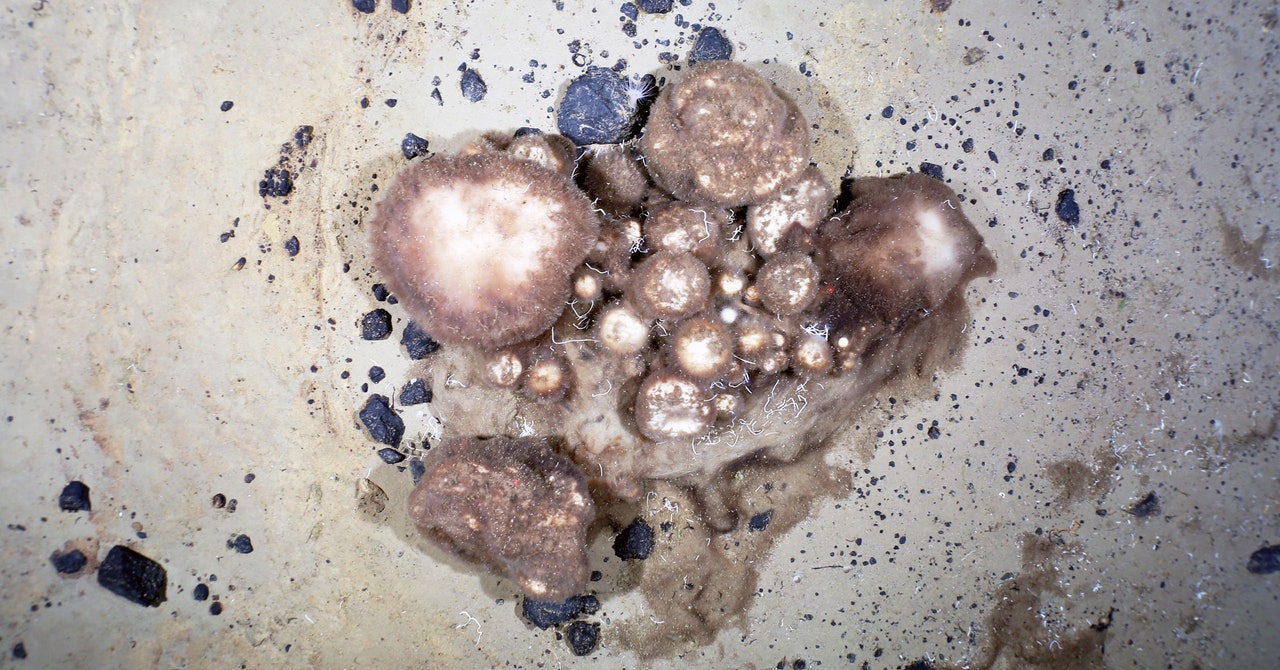 Stretching for nearly 80 miles across the seafloor of the central Arctic, the Langseth Ridge is craggy, barren, and generally inhospitable. And it should be: Unlike more productive oceans, few nutrients swirl here, thanks to the ice above blocking the light. Thousands of years ago, however, the peaks of the ridge hummed with volcanic activity, which produced sulfur that fed tube worms—the ones you may have seen from videos of hydrothermal vents elsewhere in the world. Or more accurately, the sulfur fed the symbiotic bacteria inside the worms, which processed it into energy, keeping the animals alive.

That volcanic activity at Langseth Ridge died long ago, yet life has remained. Today in the journal Nature Communications, scientists describe how a previously unknown kind of ecosystem has been thriving under the ice, along the towering ridge around 2,000 feet deep. “No one knows what is living on these giant mounds,” says Antje Boetius, director of the Alfred Wegener Institute Helmholtz Centre for Polar and Marine Research and coauthor of the paper. “And when I say giant mounds, just imagine we would have on Earth an undiscovered mountain that is 3.8 kilometers—really huge—and no one has walked there. No one has taken a photograph, no one knows what types of plants and animals are living there.”

With the help of a remotely operated vehicle dangling from an icebreaker, Boetius and her colleagues discovered that the ridge is now dominated not by worms, but by enormous sponges, each up to 3 feet wide. They are, on average, 300 years old, but some are much older. Strangely enough, the sponges have evolved a similar microbe-based survival strategy—only they eat the tubes left behind by the worms, which have been dead for 2,000 years. Thus an extinct, fossilized hydrothermal ecosystem fuels an even more bizarre assemblage of life.

“It’s like a forest,” says Teresa Maria Morganti, an ecologist and expert on sponges at the Max Planck Institute for Marine Microbiology, lead author of the new paper. “It’s really a hot spot of life in the middle of the desert. It’s really fascinating how they could exploit this ancient previous community.”

The foundation of the ridge ecosystem is a dense mat made of spicules, tiny structures of silica that sponges use to construct their bodies. This mat creates a complex three-dimensional matrix for other animals like shrimp, but it also betrays what the sponges have been up to in the darkness: They’re moving around looking for food, leaving trails in the mat.