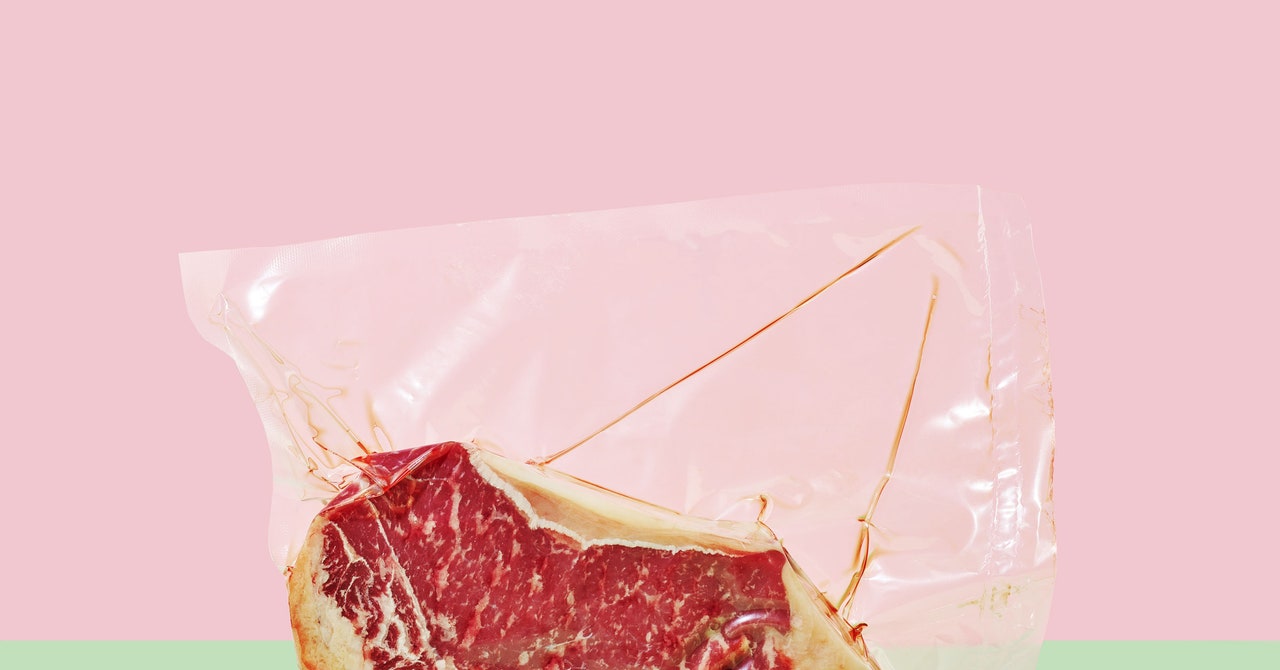 Twenty-four years ago, Briana Pobiner reached into the north Kenyan soil and put her hands on bones that had last been touched 1.5 million years ago. Pobiner, a paleoanthropologist, was digging up ancient animal bones and searching for cuts and dents, signs that they had been butchered by our early ancestors trying to get at the fatty, calorie-rich bone marrow hidden within. “You are reaching through a window in time,” says Pobiner, who is now at the Smithsonian Institution in Washington, DC. “The creature who butchered this animal is not quite like you, but you’re uncovering this direct evidence of behavior. It’s really exciting.”

That moment sparked Pobiner’s lasting interest in how the diets of our ancestors shaped their evolution and eventually the emergence of our own species, Homo sapiens. Meat, in particular, seems to have played a crucial role. Our more distant ancestors mostly ate plants, and had short legs and small brains similar in size to a chimpanzee’s. But around 2 million years ago, a new species emerged with decidedly humanlike features. Homo erectus had a larger brain, smaller gut, and limbs proportioned similarly to those of modern humans. And fossils from around the same time, like those excavated by Pobiner in Kenya, show that someone was butchering animals to separate lean meat from the bone and dig out the marrow. For decades, paleontologists have theorized that the evolution of humanlike features and meat eating are strongly connected.

“The explanation has been that meat-eating allowed this: We got a lot more nutrition, and these concentrated sources facilitated these changes,” Pobiner says. Large brains are phenomenal energy hogs—even at rest, a human brain consumes about 20 percent of the body’s energy. But a switch to a diet full of calorie-rich meat meant an excess of energy that could be directed to supporting larger, more complex brains. And if prehumans hunted their food, that would explain a shift toward longer limbs that were more efficient for stalking prey over great distances. Meat made us human, the conventional wisdom said. And Pobiner agreed.

But in April 2020, Pobiner got a call that made her rethink that hypothesis. The call was from Andrew Barr, a paleontologist at George Washington University in Washington, DC, who wasn’t totally convinced about the link between Homo erectus and meat-eating. He wanted to use the fossil record to check whether there really was evidence that human ancestors were eating more meat around the time Homo erectus evolved, or whether it simply appeared that way because we hadn’t been looking hard enough. Pobiner thought this sounded like an intriguing project: “I love the idea of questioning conventional wisdom, even if it’s conventional wisdom that I buy into.”

The researchers were unable to travel to Kenya for fieldwork because of the pandemic, so instead they analyzed data from nine major research areas in eastern Africa that cover millions of years of human evolution. They used different metrics to assess how well-researched each time period was, and how many bones with butchery marks were found in each site. In a new paper in the journal Proceedings of the National Academy of Sciences (PNAS), Barr and Pobiner now argue that the link between meat-eating and human evolution might be less certain than previously thought. The apparent increase in butchered bones after the appearance of Homo erectus, they conclude, is actually a sampling bias. More paleontologists went looking for bones at dig sites from this era—and as a result, they found more of them.

This doesn’t rule out a link between meat-eating and evolutionary change, but it does suggest that the story might be a little more complicated. “If we want to say how common a behavior was, then we need some way to control for the fact that at some points in time and at some places we’ve looked harder for that behavior than we have at other points,” says Barr. Because sites with well-preserved animal bones are relatively rare, paleontologists often sample them over and over again. But Barr and Pobiner’s study found that other sites that date from between 1.9 and 2.6 million years ago—the era during which Homo Erectus evolved—have been relatively under-studied. “We are drawn to places that preserve fossils because they’re the raw material of our science. So we keep going back to these same places,” Barr says.