Got an Invasive Army of Crayfish Clones? Try Eating Them 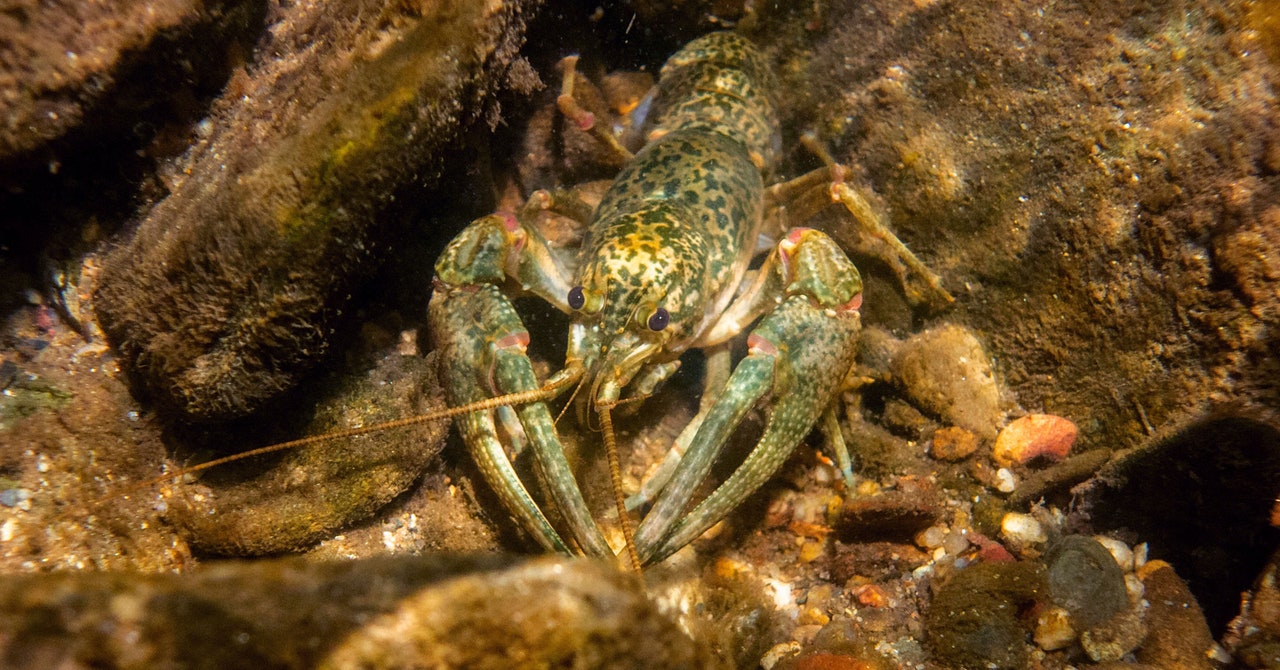 This story originally appeared on The Guardian and is part of the Climate Desk collaboration.

Small, bluish-gray, and speckled, the marbled crayfish would be easy to overlook. Except for the fact it is likely to be coming to a pond or river near you soon—if it is not already there. The all-female freshwater crustacean has become a focus of fascination for scientists in recent years, due to its unique ability among decapods—the family that includes shrimps, crabs and lobsters—to clone itself and quickly adapt to new environments, as well as the fact that it has spread exponentially.

The marbled crayfish was first recognized in 1995, when a biology student bought a bag of crayfish—sold to him as “Texas crayfish”—from American traders at a pet fair in Frankfurt. After they started becoming a burden to their new owner due to their inexplicably rapid rate of reproduction, he distributed them to friends who, in turn, dumped them into rivers, lakes, and toilets, from which they spread rapidly throughout Germany, much of mainland Europe, and most profusely, the island of Madagascar, home to unique but extremely delicate freshwater ecosystems.

When Frank Lyko, a professor of epigenetics at the German Cancer Research Centre (DKFZ), first came across the creatures, referred to as marmorkrebs, he was astonished by their ability to reproduce clonally from a single cell, like cancer tumors, and saw them as an ideal model for research.

“All marbled crayfish share the same genome,” he says on a video call from his office in Heidelberg. “But they also adapt to various different environments, and do that in a hurry, which makes them scientifically remarkable and similar to a tumor, which also adapts to its environment.”

Lyko led the ambitious genome study that established the extraordinary fact that all marbled crayfish originate from a single foundational female. They reproduce without sex through parthenogenesis. In 2015, he gave the all-female crustaceans their species name of Procambarus virginalis.

In the course of his research, Lyko recalls driving with his students to a lake about 15 minutes from his lab. Donning head torches and waders and standing ankle deep in the water, “we waited until it got dark, then suddenly they emerged in their hundreds and thousands,” he says. “With a hand net, we caught them from behind and put them in buckets. It was so exciting. Soon after that, we started experimenting with eating them and found they were quite tasty.”

“The More We Eat, the Better”

In Germany, where the marbled crayfish have invaded lakes and rivers, authorities have adopted a strict approach to them.

Klaus Hidde, a retired bank clerk turned hobby fisher, was tasked by the Berlin senate’s environment department last year with setting traps for the crayfish, which have been found in two lakes on Berlin’s western fringes. Not only are the crayfish in danger of killing off native species, “but they can also carry the so-called crayfish plague,” he says, referring to a fungal disease that more or less wiped out what had been a hugely successful European crayfish market 150 years ago.