E-Scooters Are Everywhere in Europe. So Are Grisly Accidents 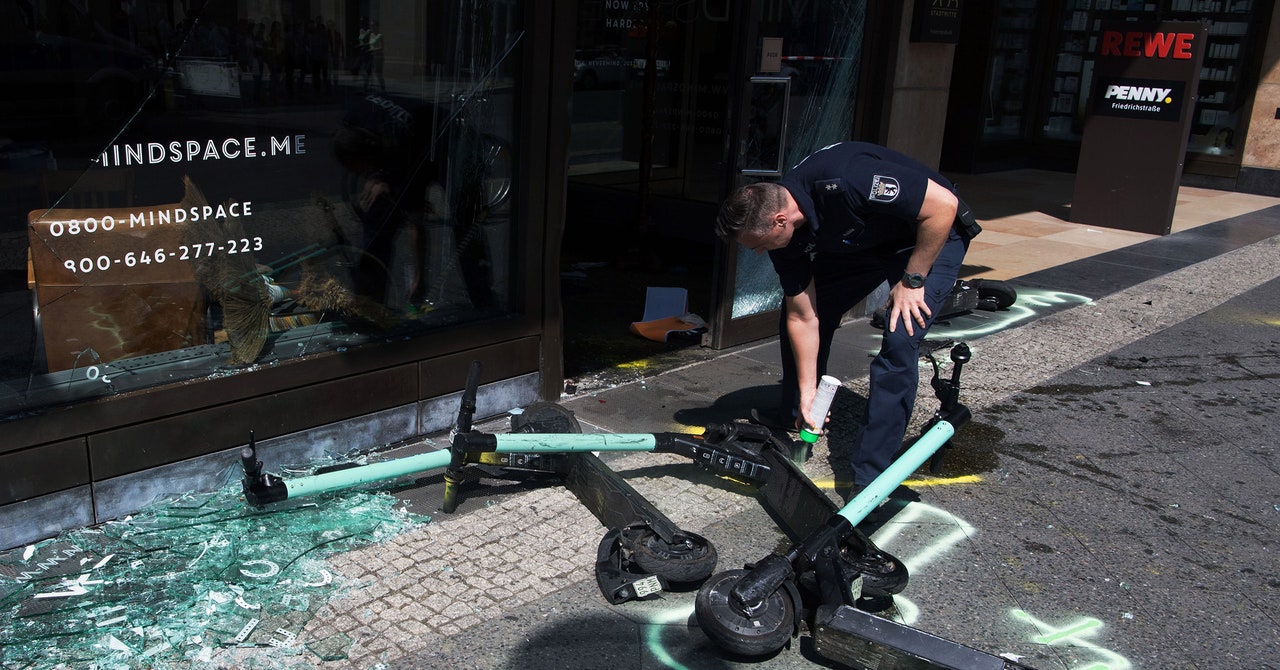 The summer of 2020 was something of a heyday—and a Wild West—for e-scooters in Scandinavia. Rental companies had been swarming to the region’s cities—Oslo, Stockholm, and Copenhagen among them—believing they would be easy e-scooter converts thanks to heavily ingrained cycling cultures and their strong interest in sustainability. As city officials balked at how to impose order on this new and untamed industry, the e-scooters were arriving by the thousands, finding willing riders everywhere.

The free-floating model—where e-scooters could be left or picked up anywhere—prompted complaints about the mess they made and the dangers they posed. Videos of e-scooter crashes crystalized anger on social media. There were reports of casualty wards filling up with drunk riders. For people who were visually impaired, their cities were becoming a daunting obstacle course. “There were a lot of accidents,” says Terje André Olsen, lead of the Norwegian Association of the Blind, an advocacy group with over 8,000 members, speaking from Oslo. “Many elderly people didn’t dare to go out, and people used taxis more often to get to work because it was so complicated to walk on the payments.” That summer, he adds, he counted around 40 e-scooters lying across the pavements during one 35 minute walk to work.

The e-scooter companies, however, were focused on high demand. “The first thing that we noticed [after arriving in the region in 2018] is that services were being used a lot more than in some other parts of Europe,” says Alan Clarke, UK and Nordic policy director at US-based e-scooter startup Lime, adding that the company’s e-scooters in the region were averaging five to six rides each per day. In response to those numbers, companies started scaling up their services. “We would have typically launched with a few hundred scooters, and I think by the peak in Copenhagen [in 2020], we had a few thousand,” says Clarke. The pandemic energized the industry further, with companies selling their services to both riders and investors as a clean, green way to travel around cities without sharing the same stale air as fellow passengers on buses and trains. By summer 2021, Oslo’s Urban Environment Agency, the government department responsible for the city’s public spaces, reported there were 30,000 e-scooters in the Norwegian capital, or 200 scooters per 10,000 residents, meaning it had more e-scooters per capita than any other city in the world. The numbers weren’t quite so high in other parts of Scandinavia, but the agency estimated that in Stockholm there were 125 e-scooters per 10,000 residents—still far higher than elsewhere in Europe: Berlin, Paris, and Rome all lingered below 50.

As Scandinavia’s e-scooter population kept rising, the mood toward the companies bringing them soured. “It’s a jungle. It’s a mess,” says Daniel Helldén, vice mayor for transport in Stockholm, where the number of e-scooters almost tripled from 2019 to 2021, jumping from 8,500 to 23,000. “The biggest problem is the parking. They are parked on the sidewalks in a way that makes it impossible for people to get through. If you are disabled in some way, it’s a huge problem.”

A strict regulatory crackdown has quickly followed the growing irritation. In the past year, Nordic countries have been trying to wrestle their capitals back from this new industry and unceremoniously throwing e-scooter companies out of their cities. The marginal cost and the economics of operating large fleets of e-scooters means rental companies lost sight of their long-term relationships with the cities they were operating in, says David Mothander, Bolt’s head of public policy in the Nordics. “Companies might be tempted to be short-sighted and try to flood the streets and gain advantages. But inevitably, the cities will react as we’ve seen in Oslo or Stockholm or Copenhagen. In a way, we have ourselves to blame for this.”

Bitcoin and Other Cryptocurrencies Aren’t Dead Just Yet