Inside the Lucrative World of Console Resellers 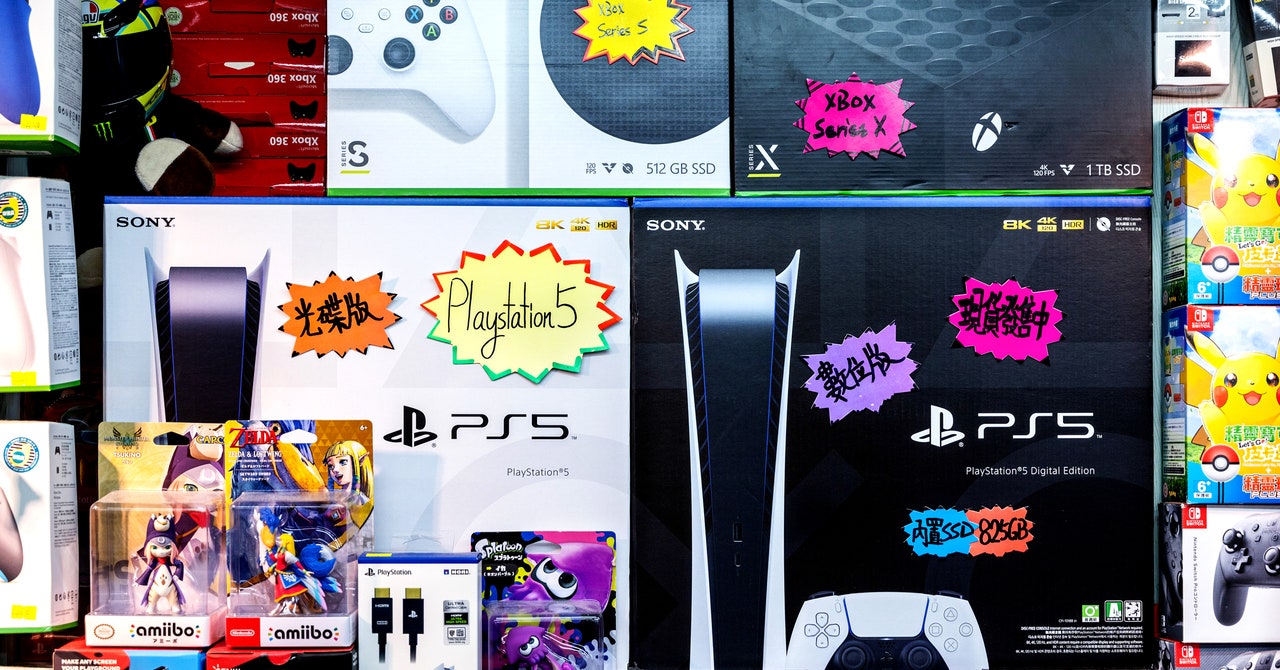 “Since I started a new family, I was trying to look at other ways of getting income,” he says. “I felt like I understood the sneakerhead and streetwear culture enough to where I can invest in items and resell it at a higher price compared to stocks, since I’m not well-versed in stocks. This is my version of stocks.”

Patel also got into the reselling industry thanks to sneakers, around the end of 2016 when he was a junior in college. At the time, he was tutoring and making $10 an hour. He worked for three weeks to save up the money to buy a pair of shoes he could flip—some Adidas Ultraboosts that he says he got for just under $200 and his friend helped him resell for $275. “That was probably the reason I got hooked so fast,” Patel says. “Because it wasn’t quick money, but it was really nice to be able to make that much money off just one shoe.”

With the profits from that one pair of Ultraboosts, Patel kept flipping shoes one at a time until he got to two at a time, and so on. Years later, he still resells shoes alongside other items like the gaming consoles and graphics cards. The day before I first spoke to him, he had purchased “north of 300 pairs” of shoes on Yeezy Day, between the hours of 6 am and 10 pm, dropping around $100,000. “I was very tired,” he says.

Perfect Side Hustle or Moral Dilemma?

While spending $100,000 on exclusive shoes with the intention of reselling them definitely makes it difficult for people to get a pair at a fair market price, there is a positive side to the reselling industry—one bound by the morals of the individuals and the ethics the industry has set for itself.

“If it’s an essential item, I don’t think it’s justified to bot that and resell that,” Patel says. “I know some people who had scripts for Walmart just to buy up toilet paper early in the pandemic when it was very difficult to get some. I personally have a problem with that type of stuff and I wouldn’t bot something like that. I particularly hated people who resold items like that because those are just essential to being alive.

“Whereas, if you’re going to tell me that you need a PlayStation to be alive, I’ll be very skeptical. That’s where I draw the line.”

Since he started reselling in 2016, Patel says he has made upward of $750,000. His foray into the industry couldn’t have come at a better time. After graduating from college in 2017 he was able to pay for 95 percent of his living expenses and tuition for his master’s degree through reselling. Then, in 2019, he had to go to the hospital for a second surgery on his kidney. While the total bill was in the low six figures, he estimates that insurance only covered around 70 percent of the cost and reselling paid for the rest. “I don’t doubt my mom would have wanted to pay it regardless,” he says. “But just having the ability to say ‘Don’t worry, I can cover it’ took a lot of stress off her head too … it was probably the best part. If it wasn’t for reselling, there’s no way I would’ve been able to cover that.”

Looking to the Future

The reality of the reselling industry is that the manufacturers and retailers still get paid, leaving consumers to decide whether they pay the marked-up prices or go without the item. While much of the frustration with reselling has been aimed at resellers and bots, some has also been leveled at the retailers, who don’t often go public with information on what they’re doing to counter botting or curb resellers. For consumers, often all they see is a reCAPTCHA system, but there’s apparently much more to it than that.

“Retailers, by and large, are trying very hard to make sure that the legitimate buyer—their customer—can actually buy from them,” says Patrick Sullivan, CTO of Security Strategy for Akamai, a global cybersecurity and edge services company. “It’s not this callous attitude of ‘We don’t care who gets this—if it’s a bot operator who marks up the price we don’t care.’ There’s a very legitimate concern on the part of most retailers. People are working very hard to try and prevent bots from consuming all of the inventory.”