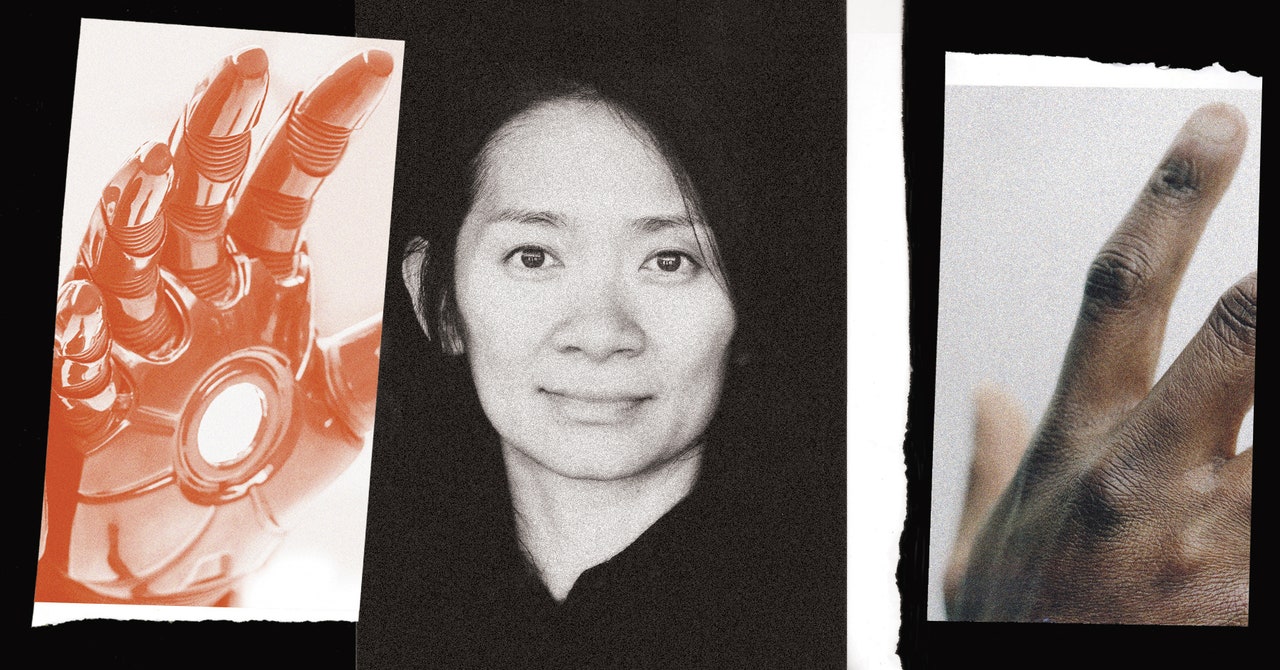 This time around, though, there’s no infinity-sized punchfest on the horizon. Without an Endgame endgame, Marvel’s filmmakers have fewer limits and more paths they can take. Each movie can be different thematically, visually, emotionally. Fans got a taste of this in September with Destin Daniel Cretton’s Shang-Chi and the Legend of the Ten Rings, which, yes, had punching, but also more 1970s-style kung fu in its cinematic DNA than any Marvel movie before it.

Eternals ventures even further from the Marvel formula. Once Zhao came on board, she reworked the script and made a plan to shoot it in her style: minimal green screen, lots of location shoots, natural light, wide-angle lenses that can capture both close-up intimacy and vast landscapes within the same frame. (This is where the Final Fantasy and Terrence Malick influence comes in. Think Tree of Life with swords.) If that sounds like a departure from Marvel’s house style, that’s why they hired her. “I’m not going to try to do something different for the sake of doing something different—that’s not interesting to me,” Zhao says. “There’s no reason for them to get someone like me just to shoot a movie on a soundstage.”

As Moore puts it, hiring Zhao to make a film that looks more like her 2017 modern Western, The Rider, than Iron Man 3 comes with the kinds of changes Marvel always says it wants to make “and then in the crunch of the schedule are the first things to get stripped away.” Zhao, he notes, is not dissimilar to her former Sundance Screenwriters Lab classmate Ryan Coogler, director of Black Panther, in that they both “challenged our very system as to why we were doing things a certain way.”

Instead of shiny, primary-colored razzle-dazzle, Eternals, in Zhao’s care, occupies more muted, subtle tones. Some Marvel films may need big CGI worlds, but because her movie is about heroes who have been on Earth for 7,000 years, she wanted her cast to be able to interact with real physical spaces. And while Eternals’ central characters must save Earth from the Deviants (you know, hero shit), according to Moore the film also challenges assumptions about what comic book characters should look like.

When it hits theaters in November, Eternals will be the first Marvel movie with a deaf star—Lauren Ridloff as Makkari. It will also feature Brian Tyree Henry’s Phastos, one of the MCU’s first openly gay superheroes. Several characters are a different race or gender than they were in Jack Kirby’s original 1970s comics. Eternals are immortal cosmic beings, Moore notes, not supersoldiers. They don’t all have to have six-pack abs. For Zhao, that’s the point. Talk of inclusion gets tossed around a lot in Hollywood, but it often devolves into box-checking; she wants to honor her characters’ diversity by making their personal identities part of the plot.

“There are many different ways a human can be heroic. I want audiences to see themselves in these heroic moments and feel they can relate.”

“There are many different ways a human being can be heroic,” Zhao says. “I want to explore as many as possible, so that more audiences can see themselves in these heroic moments and feel they can relate.”

This, too, speaks to Zhao’s strengths. Feige likens her to an anthropologist, someone who studies her subjects and then makes films showcasing their abilities. She did it with the real nomads featured in Nomadland and the Lakota rodeo cowboy at the heart of The Rider. For Eternals, she cross-pollinated the tale of human evolution in Harari’s Sapiens with Marvel’s own mythology to explore how extraterrestrials would have integrated with humanity over the course of millennia. It’s the kind of thing, Feige says, Marvel has to do to avoid repeating itself. “I told her during some dark, grind-filled days in the middle of production,” he says, “that it was her vision for this movie that made me think that, post-Endgame, the MCU could survive.”